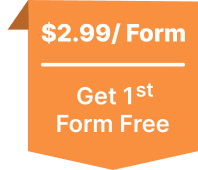 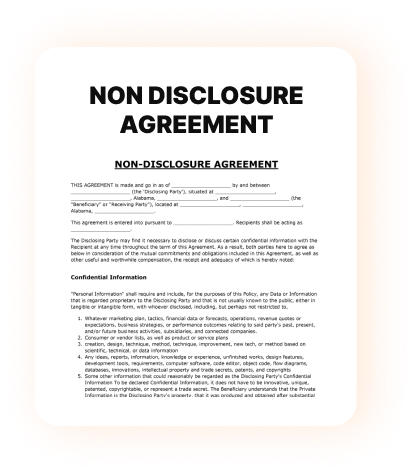 A non-disclosure agreement is a legally binding contract between two people that establishes a private connection. Any sensitive information collected by the signatory party or parties to the agreement will not be shared with anyone else. An NDA is also known as a confidential agreement.

What is a (NDA) Non-Disclosure Agreement?

Businesses regularly utilize non-disclosure agreements while dealing with other businesses. They let parties send critical information without the risk of it slipping into the hands of competitors.

What is the purpose of NDA?

An NDA is beneficial in a variety of situations. NDAs are typically required when two companies consider doing business together but want to protect their separate rights and the conditions of any potential contract.

The NDA prevents all parties involved from sharing any information regarding the other party’s or parties’ business methods or aims in this case.

Some employers may require potential employees to sign a non-disclosure agreement (NDA) if the employee has access to sensitive corporate data.

NDAs are used before negotiations between a company and investors. The NDA is aimed to prevent competitors from discovering their trade secrets or business strategies in these situations.

What are that Types of Non-Disclosure Agreements?

Non-disclosure agreements of various forms serve the same function as typical NDAs, but they are tailored to specific scenarios.

Protect secret information in the course of business, artistic efforts, product development, or even personal concerns by using a conventional NDA.

Suppose you and the other party need to share confidential information that must stay private and use a mutual NDA. To join a partnership, for example, both organizations may be required to divulge sensitive financial information that could be devastating if leaked.

Sign an employee NDA with employees, interns, consultants, or partners to agree to keep business information private. This agreement can be used in a variety of situations, including general employment, agency partnerships, and third-party services.

Use an interview NDA to ensure that your recruiting activities do not result in the unintentional disclosure of confidential information. If you need to divulge sensitive company information to applicants, have them sign an interview non-disclosure agreement first.

What are the requirements of a non-disclosure agreement (NDA)?

Although NDAs can be customized to any extent, six fundamental elements must be included:

What are the uses of NDA?

An NDA is advantageous to global enterprises, but it is also advantageous to small firms, partnerships, individuals, and startups because they all must engage with outsiders and disclose personal information to them at some time throughout their operations.

A startup can’t keep these ideas to itself; it needs to share them with investors who can help transform the concept into a reality.

Is it required to stamp or register a non-disclosure agreement?

A legal instrument, document, or contract has value because it can be enforced in a court of law. To enforce the contract, you’ll need to take it to court and establish that you entered it legitimately and that the contract’s terms are valid. As a result, to present them in court, you must follow strict procedural regulations.

In most cases, stamping is a required procedural formality without which your document will not be accepted in court. The rate of stamp duty on a non-disclosure agreement varies by state.

A non-disclosure agreement can be registered with your district or city’s Sub-Office under the Registration Act of 1908. Registrar’s The costs of doing so, as well as the specific rules for registering, vary by state. The act of registering a document goes a long way toward ensuring its authenticity.

In most circumstances, the parties can choose to have their agreement notarized. The duty of a notary is that of a witness; when a document is notarized, it signifies that the notary witnessed the parties signing the contract directly. In the absence of a witness, a party could invent several excuses to argue that the contract’s terms do not bind him. He could argue that he never signed the contract, that the signature is not his, or that his signature was forged.

The price of notarization varies depending on where it is performed.

You will be bound by the contract’s terms and conditions if you breach an NDA. An NDA violation is not a crime in and of itself; but, depending on the nature of the violation, such as if trade secrets were stolen, it might be.

If someone breaks an NDA, they will almost always be sued, which could result in a monetary penalty, the termination of employment, or the return of an asset, depending on the conditions of the contract.

What is the duration of a non-disclosure agreement (NDA)?

Because each NDA is unique, it will expire at a different time. An NDA is typically for one to 10 years, although it might be indefinite depending on the information that needs to be kept secret.